I’ve been turning the post for the chess table inefficiently.  I’ve generally done one step at a time on the post: bringing to round, turning the tenon, cutting down the area that will receive the sliding dovetails, etc.  Unfortunately, I bungled the layout and won’t be able to use it in the final table.

Since all wood is good wood (so far), I decided to use this piece as a chance to practice skew work.  Long planing cuts were the first place I practiced, cleaning up the long sweep from the widest part to the neck before the tenon. There are a few knots in the piece that give off a great Christmas tree smell every time I hit them. What is most amazing is that even those knots feel perfectly smooth after planing cuts with the skew. This is a very versatile tool.

The initial surface left by this was great, even in the fir.  Next, I wanted to be able to turn some coves and beads.  As this is an area that I’m not particularly comfortable with (skew catches are no far), I decided to see about getting some instruction on the tool.

Luckily, I have an on-call turning instructor called YouTube that is always happy to provide some one-on-one-million teaching assistance.  I found this excellent video from CraftSuppliesUSA: The Skew Chisel with Allan Batty.

After watching the video, I had a go at a few beads, v-cuts, and more planing cuts. I couldn’t quite get the feel for beading with the skew, achieving both catches and tear out. That means only one thing: time for more practice is needed.

I brought a fir 4×4 down to round this morning.  I need to sit and sketch out the pattern that I’d like for it, including taking measurements from the article I am working from to lay out for the top tenon and the bottom sliding dovetails.

The blank was roughed out with a 1″ spindle roughing gouge.  I then decided to get some practice with the skew chisel.  Taking a 1″ skew to it, I immediately had a catch and tear out.  I’m not too worried about it as I have at least a few more blanks worth of the fir that is nice and dry.  After resetting, I continued to use the skew and was able to get fantastic curly shavings.  While the round blank is clearly nowhere near a finished state, I found that the skew leaves a fantastic surface with minimal tearout.  I’m going to try to use it as the primary tool for this first turning to get more practice with the tool.

I stopped at Rockler this afternoon and picked up a bed extension for my lathe.  It will give me the ability to turn 39 inches between centers when attached.  This will be great for making a campaign chair and stool in the future.  However, I have run into a bit of a problem.  While it gives 39 inches between centers, it needs a wider workbench to sit on.  That means that my current workbench (48 inches) is not going to cut it.

I initially thought that I would build a dedicated bench for the lathe (using a similar design to the saw bench I build a bit over a month ago).  However, I’ve been thinking of building a new workbench for some time and this is probably a great reason to build a new main bench.

As I work in a narrow one-car garage, a proper 8 foot bench is out of the picture. The garage is about 9 feet at its widest.  I’m considering a bench between 5 and 6 feet long (which would leave only 18 inches on either side if build to 6 feet) and 20 inches deep.  After working on a number of projects so far, I’ve found that my current depth of about 30 inches is unneeded.  The space at the back of the bench is just about never used for any operation.  It usually just collects tools and shavings or allows me to be lazy and not put the lathe away when not in use. 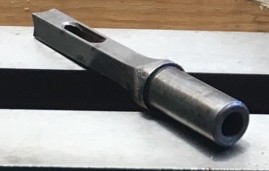 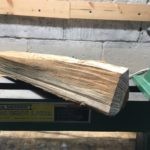 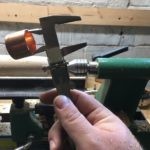 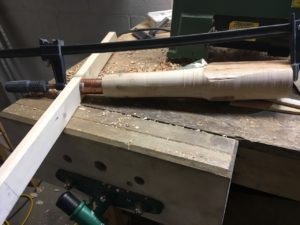 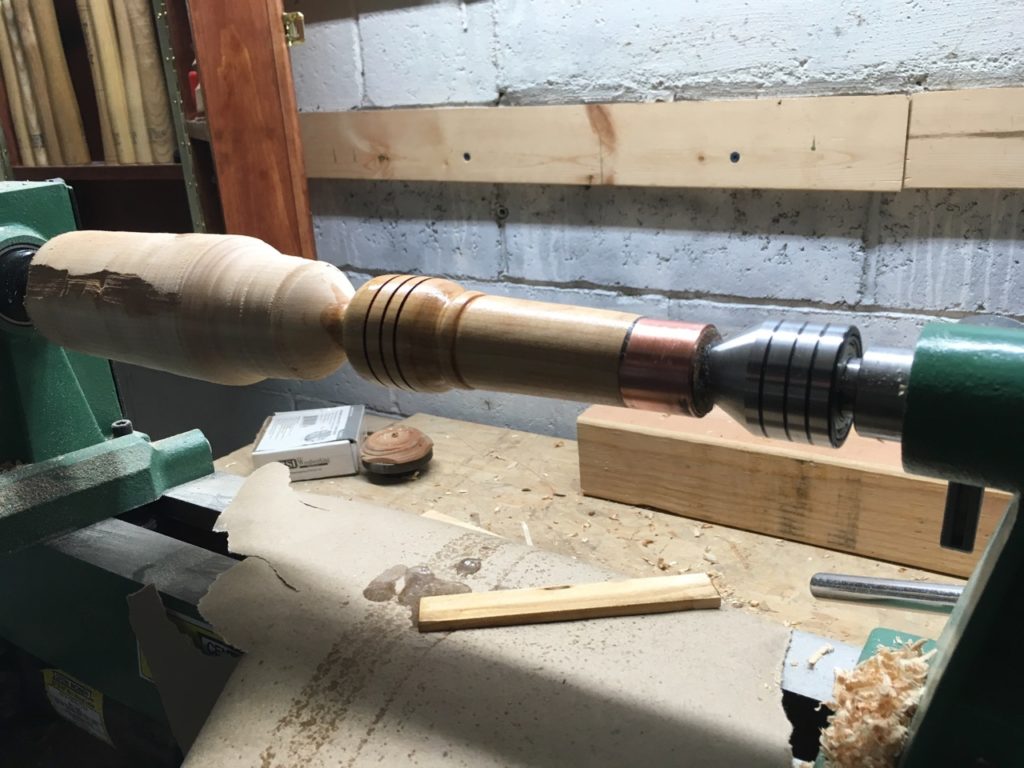 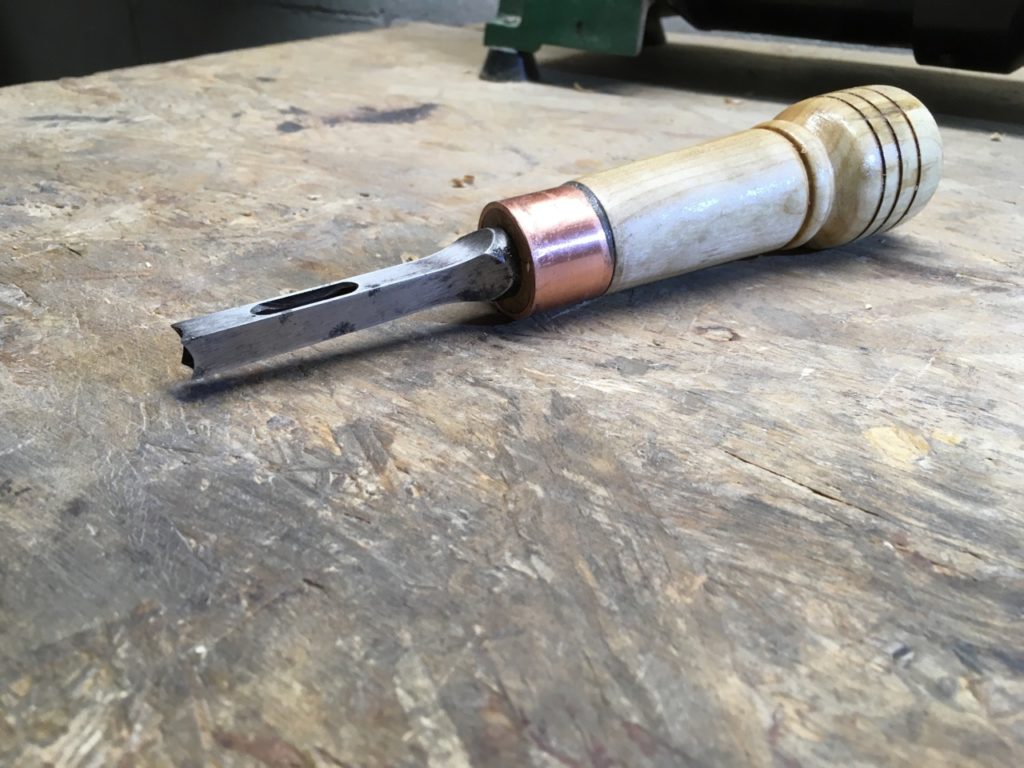